The accelerating climatic changes and new infrastructure development across the Arctic require more robust risk and environmental assessment, but thus far there is no consistent record of human impact. 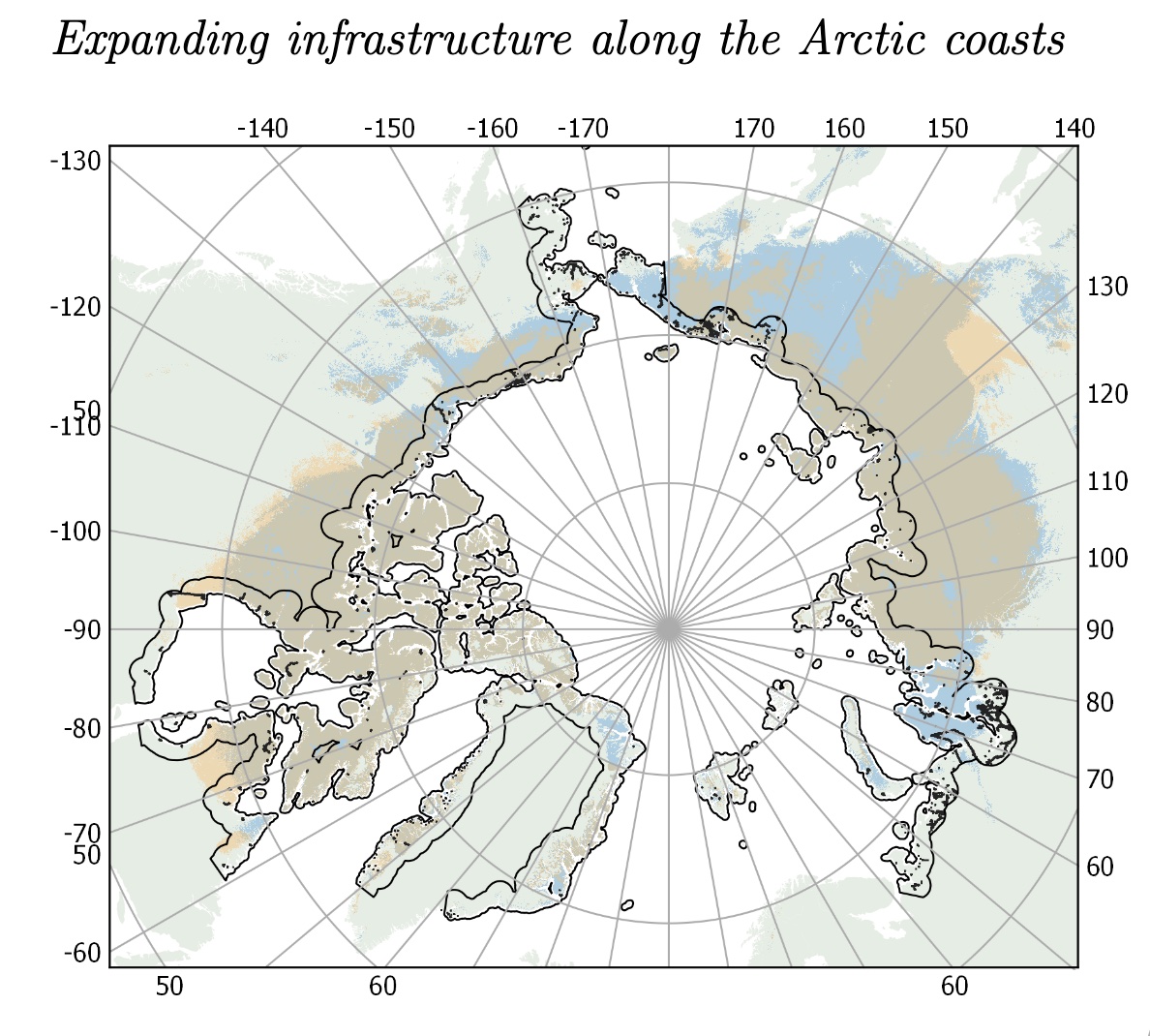 In total, an area of 1,243 km2 constitutes human infrastructure as of 2016-2020. Depending on region, SACHI contains 8% to 48% more information (human presence) than in OpenStreetMap. 221 (78%) more settlements are identified than in a recently published dataset for this region. 47% percent is not covered in a global nightlight dataset from 2016. At least 15% (180 km2) correspond to new or increased detectable human impact since 2000 according to a Landsat- based Normalized Difference Vegetation Index (NDVI) trend comparison within the analysis extent. 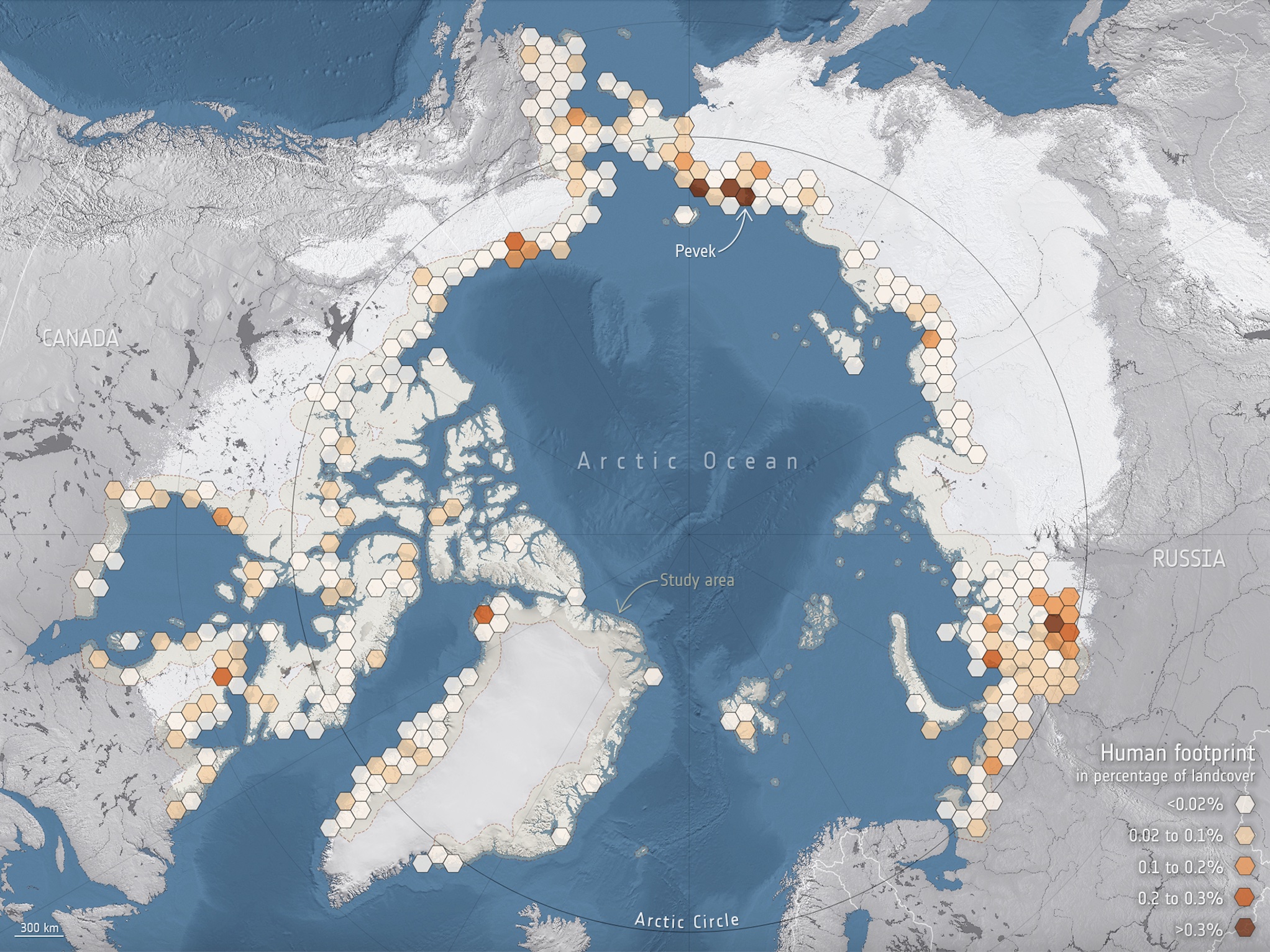 Most of the expanded presence occurred in Russia, but also some in Canada and US. 31% and 5% of impacted area associated predominantly with oil/gas and mining industry respectively has appeared after 2000.

55% of the identified human impacted area will be shifting to above 0°C ground temperature at two meter depth by 2050 if current permafrost warming trends continue at the pace of the last two decades, highlighting the critical importance to better understand how much and where Arctic infrastructure may become threatened by permafrost thaw.

The inclusion of natural assets which are of high relevance for local communities remains open and requires future research with respect to the utility of satellite data analyses. Nevertheless, the identification of infrastructure and population centres across the Arctic provides a step forward for human impact monitoring in Arctic environments.